This is how you calculate your caffeine

How to calculate your caffeine

What worries you more, drinking too much coffee or too little?  Now, this may seem trivial at first glance, but there’s nothing trivial about sporting performance.  You pour hours of effort into training so why would you flippantly pour your coffee when it’s time to shine?

Firstly, it is important to understand that we are not dealing in absolutes and there isn’t a magical caffeine dose for all.  Everybody has a different tolerance to caffeine, so be warned if you see a blanket statement giving advice on this. "It depends on..." should be the prefix for most answers in sports science.  The correct dose of caffeine for you depends on several variables:

Guidelines either prescribe a quantity of 200mg or between 6 - 9mg/kg of body weight of caffeine to improve performance.  Numbers such as this have become almost dogma with ill-informed recommendations continuing to regurgitate these figures. One of the leading researchers into caffeine consumption, Dr. Lawrence Spreit, notes himself that in the early days of research they would deliberately give subjects a large dose (9 mg/kg) so that they could be sure to see a result.

"And see results we did." (Spreit)

Outside of a lab setting, this is highly impractical.  For example, I weigh 96kgs, which would equate to 864mg of caffeine or nearly 7 bottles of The Strongest!! This a massive dose and I would not recommend it to anyone, no matter how into your coffee you are.

More recent research has focused on lower doses of caffeine.  If we specifically look at research in endurance sport, positive effects have been shown in doses as low as 1.5mg/kg.  What is interesting is that doses beyond 3mg/kg seem negligible. The ‘More is better’ approach is not standing true.

This was researched further in 2008 by Jenkins in a study that provided 1, 2 & 3 mg/kg of caffeine to well-trained cyclists 1 hour prior to a 20 minute cycle and a 15 minute all out test.  1 mg/kg did not provide a significant improvement but there was a 4% and 3% improvement in work done in the 2mg/kg & 3mg/kg tests respectively.  I encourage you to calculate what a 4% improvement in your chosen sport would look like.

This is good news for endurance athletes, as doses between 6 & 9 mg/kg are more likely to produce negative effects such as the ‘shakes’ or an inability to concentrate.  So, that provides insight into the ideal caffeine dose for endurance sports, but what about more strength/power- based activities?

We pride ourselves on providing you with unbiased information at Power press, so we will be the first to say that evidence backing strength improvements is not as unequivocal as it is behind endurance performance.  However, there are a number of studies that indicate a possible advantage in the use of caffeine.

A 2017 study looked at whether strength and power could be improved upon with caffeine ingestion.  Lower body strength assessment was via 1RM back squat and upper body power was inferred from a seated medicine ball throw.  Improvements in 1RM squat (+2.8%) and throw (+4.3%) were found alongside a 7% reduction in rating of perceived exertion.

However, the study also measured 1RM bench press and did not find any significant improvement, which is peculiar considering the improvements in upper body power.  Interestingly, a meta-analysis (a method of combining studies and their results to get a birds eye view of the research available) conducted at Georgia State University, collated 27 studies that looked at muscular strength.

This indicated that caffeine had a significant effect on knee extensor muscles ~+7%.  Considering that lower body pushing strength (squatting) is required in 99% of sporting movements, this is massively encouraging. 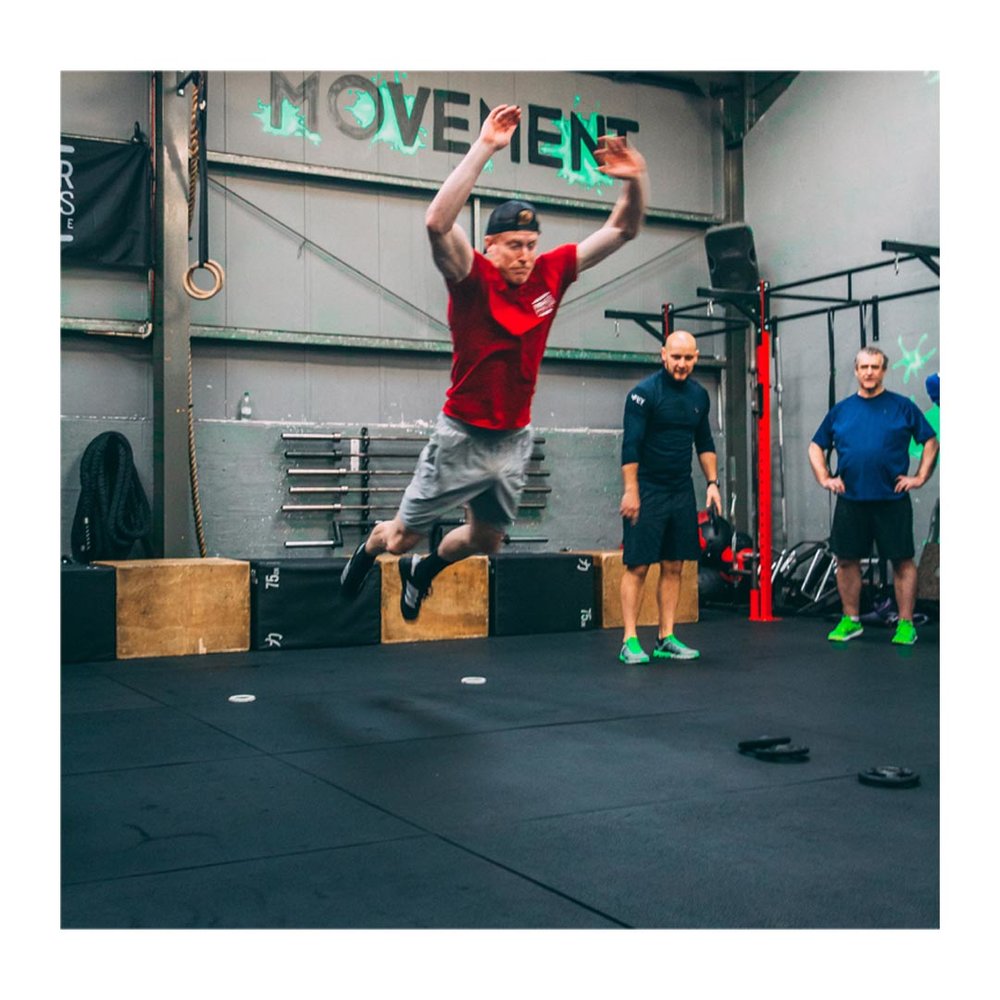 Let's step aside from the literature for a minute and use our common sense.  It is well established that caffeine is an ergogenic aid for endurance performance.  Endurance exercise, by its very nature, lasts for an extended period. It is widely hypothesised that caffeine's primary function is to block adenosine from adenosine receptors and stave off the effects of drowsiness, which will no doubt accumulate in prolonged exercise.

In strength training, you require an intense amount of concentration to ensure that your technique is perfect for as many reps as possible. If you are drowsy then you will most likely still complete your training session, but will probably have poorer form.

Caffeine is there to increase alertness and help you train with more purpose.  If you move with better quality week after week, the accumulative effects will speak for themselves. So, how much caffeine do we recommend for strength sports?  Utilising the current research, we advise that athletes taking part in strength activities aim for 3-5 mg/kg caffeine per training session.  With this dose you will elevate your heart rate, increase alertness and increase maximal voluntary contraction of the muscle.

It is sensible to reiterate that the effects of caffeine differ greatly from person to person and that you should aim to take an individual approach as possible.  This has been echoed by sports scientists Craig Pickering & John Kiely who published an opinion paper in 2017 encouraging a move towards more personalised caffeine guidelines for athletes.

Caffeine is primarily metabolised in the liver almost completely by cytochrome P450 enzymes.  The faster that it is metabolised the faster and stronger the effects are likely to be. Individuals with AA homozygotes are classed as 'fast carriers' and metabolise caffeine faster than those with C allele carriers who will have a slower clearance of caffeine. This explains some of the interindividual variance that is seen across studies.  If we look back at study by Spreit in the early 90's, even with 9mg/kg there was a disparity of 10%- and 156%-time trial improvements.

Your next steps are now to go out and experiment. If you are competing in a CrossFit competition you would (hopefully) practice workouts at different paces to ensure that you don't go out too fast or too slow.  Caffeine is just another component of your training that you should practice. To help we have created a graph that you can follow to ensure you get the optimal dose before your next training session. All you need to know is your body weight and what your next session is.

If you are new to coffee and caffeine, then we recommend you reduce the recommended intake by 50% and slowly build up.  If you find it has little effect, then up your dose by 10% and record how you felt. This will all help you on the day that matters.

GET 20% OFF YOUR FIRST ORDER

Sign up below to recieve your unique discount code

Enter your email below to receive your free e-book.